Online is the New Line

Online dating is as old as the analog version of messaging for a mate—classified ads in the newspaper. Have you ever had a date that you arranged online? You’re not alone. The Statistic Brain Research Institute reports that more than 49.7 million Americans have tried online dating. And you have many sources from which to search: According to Forbes, the United States alone has 2,500 dating sites, and about 1,000 new dating sites are launched every year. It’s also estimated that there are nearly 8,000 dating sites available around the world.

The online dating sites seem to work: The Pew Research Center found that 66% of online daters have gone out with someone they’ve met on line, and 20% of couples who say they are in a committed relationship met on a dating site. 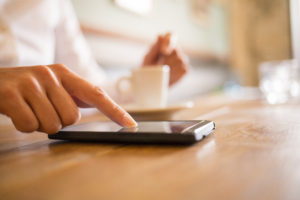 And, no surprise, there are dangers. A Scientific American study shows 1 in 4 people said they had been messaged by someone on a dating site who made them feel uncomfortable or harassed. According to the Internet Crime Complaint Center, a project of the FBI, online dating scams cost its victims, especially older women, millions of dollars each year.

This is, of course, the season of love, and you or your friends may be trying online dating. But before you start looking for love in all the wrong places, make sure you know what you’re getting into—and who you’re getting to know. And who knows, you could be one of the 20% who have a very special Valentines Day!