As we close out March as Women’s History Month, we should give a nod to one of the history-making female pioneers of sex research. While you may have heard of Virginia Johnson of Masters and Johnson fame, you may not be as familiar with Dr. Beverly Whipple, but her research is just as groundbreaking, for she is the researcher who helped de-mystify the area of a woman’s body now known as the G-Spot.

Dr. Whipple started her medical career as a nurse, but she eventually got into research about women’s sexuality. The research led her to a report by scientist Ernst Gräfenberg (hence the ‘g-spot’ name) that some 400 women studied, reported a sensitive area at the top of their vaginas during sex. That study led to the 1982 book, “The G-Spot and Other Recent Discoveries About Human Sexuality,” written by Dr. Whipple, Alice Kahn Ladas and John D. Perry. 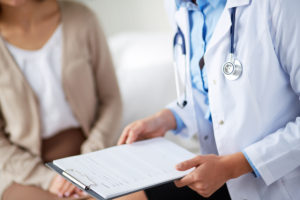 Her work as a sex educator led to several other books and in 2006 she was named one of the world’s 50 most influential scientists by New Scientist magazine. In a recent article in the British publication The Independent, Dr. Whipple, now professor emerita at Rutgers University, talked about what her research has meant to women’s sexuality. “I got 5,000 letters from women thanking me for helping them feel normal,” she said in response to the first book’s publication.

“The whole point is to help women to realize that what they find pleasurable, sensually and sexually is what they should enjoy and not feel that they have to fit into one model of only one way to respond,” she continued.” We have to give women the permission to enjoy what they enjoy. It is all very individual and it’s all normal.”

At Pure Romance we give every woman permission to be themselves and to be free to enjoy what they like in a relationship. While we think that women make history every day, this designated Women’s History Month celebrates Dr. Beverly Whipple for truly making history as one of the pioneers of sex research.

Want to read the entire article? Read it here.