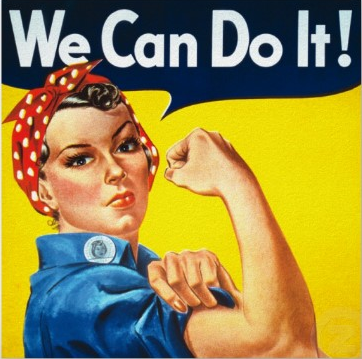 What’s the difference between the word “Boss” and “Bossy?” Unfortunately, sometimes the answer is defined by gender bias, according to a new #WhipIt campaign by Pantene launched in the Philippines.

Even though the 2013 Global Gender Gap ranked the Philippines number 5 in gender equality, a survey by the social news network, Rappler indicated that gender bias is still prevalent there with 77% of males and 66% of females believing that men deserve employment more than women. This type of belief is self-evident when you think about this: If a business owner and a nurse walked into a crowded room casually dressed, how many people would assume that the man was the business owner and the woman was the nurse?

Ponder another scenario: How many times have sales calls failed because of gender assumptions, such as the call rep asking the woman on the other end of the phone, “Is your husband home?” Businesses are now (intelligently) changing the way they market to women; they may not all be letting them in their executive meetings just yet, but they are beginning to understand that women play dual roles present day, both working as successful business professionals and making decisions inside the household.

Working as an entrepreneur for almost three decades, I’ve had my share of personal experiences with this matter. This was especially true earlier in my career before successfully branding Pure Romance. There were many times when banks or vendors would question my business plan simply because I walked into their conference room as a woman, and a woman wearing a business skirt to boot. I remember when the company I was working for dissolved and I had to walk into a boardroom of 15 men who basically told me my business idea was going to fail.  They believed that in-home parties selling intimacy products for women was a fad and would never last.  In fact, they offered me a retail store front in Cincinnati, smirking when I left the room and telling me, “Ms. Brisben, our offer will still stand when you realize six months from now that what we’ve told you is true.”

They looked at me as a silly, little girl. They didn’t understand my perspective and my understanding of the kind of environment women truly wanted when it came to this type of product line. They thought I didn’t understand how their business worked. I had to work to gain that respect. These business men never asked me why I had been so successful as a Consultant for my former company, or why I felt my business could be successful long-term. I still often wonder if Chris, my son, and the CEO of Pure Romance today, would have walked in there with the same concept whether he would have been able to sway them differently.

When Chris started working with me when he was just 25 years old, I would watch as people would habitually pay more attention to him than to me in meetings. It was quite bewildering considering, that at that time, I was the more experienced owner of the two of us. I was intuitive enough to know that this was because I was a woman and I also knew I had to brush it off and keep charging ahead to create a successful business.

If you ask most women today, they would admit we are still very much living in a “man’s world.” Pop singer Beyoncé just penned an essay on the problems that still persist when it comes to gender equality.

Beyoncé is a very outspoken advocate for the notion that women and men need to take responsibility for solving this issue, especially when it comes to how we raise our children. Why do men also need to be accountable? For starters, a recent study stated that 70% of men feel that women need to downplay their personality in order to be accepted. This isn’t just true in the workplace, but sometimes even in our intimate relationships.  How many times have you heard people preach that women shouldn’t be too “overbearing” or “bold” or else risk losing the guy in the long run? The idea of women needing to “know their place” goes back to my mother’s and grandmother’s generations and although we live in a post-feminist era, that doesn’t mean that many of these beliefs don’t still exist under the surface.  I felt this video was very moving and a great way to encourage people to think about how they may be carrying on some of these old-fashioned prejudices into present day life.

The sooner we can eliminate gender biases, the sooner we can benefit from brilliant ideas, businesses and leaders – by way of those women who, perhaps before, may have been too scared to speak up because of gender bias. I’m so proud of the hundreds of thousands of our female Consultants worldwide who are not only ignoring labels against women in business, but also empowering other women in the process. We may not be able to eliminate this problem entirely, but with so many of us working throughout the world, we can definitely make the difference.  Please share your thoughts in the comment section here on how you’ve experienced gender bias in your life.  I look forward to your feedback!