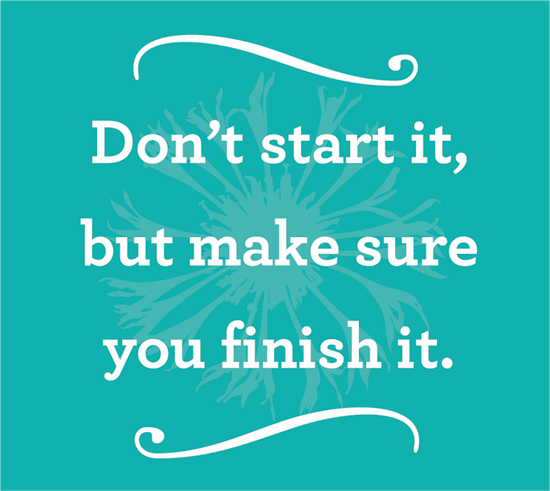 I am sure you have heard the saying “the squeaky wheel gets the grease.” This is a squeaky wheel story, and a reminder that no matter how accomplished you may be, negative people will try to cut you down.

I was at a distant relative’s wedding recently in Toledo, Ohio. I was immediately put off because some of the guests did not respect the occasion. They showed up in tattered jeans, tennis shoes, and other clothes more appropriate for a football game.

I know I can’t control what other people do, say, or in this case, wear, but I cannot stand it when people don’t dress appropriately for an important moment such as a wedding. When I see people so tragically underdressed and unprofessional looking, I wonder if my friends or employees look like that to other people. Then I come back to reality.

During the cocktail hour, a cousin of mine cornered me. He was born two months after me—two months—and every time I see him, he reminds me that I am older than he is. Our chance meeting at the wedding was no exception. This joke about him being younger than me has never been funny. Never. I have never laughed at it, I’ve never seen anyone else laugh at it, yet he tells it each time I see him. Needless to say, we were off on the wrong foot. Internally, I was steaming, but I didn’t show him because I didn’t want to give him the satisfaction.

The first thing I did was advance. I’ve got to tell you, I hate close talkers. I like my personal space, and I am happy to leave you to yours, thank you very much. But I moved in on him so he heard every word I had to say.

I told him how Pure Romance gives a voice to tens of thousands of voiceless women. How we give women a vehicle to support themselves and their families. I explained, with a surgeon’s steady precision, how we educate doctors about women’s sexual health. As he uncomfortably backed away from me, I grabbed his forearm and moved with him as I described how Pure Romance is changing the world.

By the time I was finished with him, perspiration dotted his forehead and his eyes avoided mine as he scanned the room for someone to save him. I still had an iron grip on his forearm, and I did not let go until he mumbled as much of an apology as he was going to give me. I could tell he got the message, and I felt validated.

Negative people are going to try to drag you down—they take some sick pleasure in it that I will never understand. In some ironic cosmic twist, the more successful you are, the more delight naysayers take in trying to knock you down to their own miserable level. You owe it to yourself to be a squeaky wheel, to stand up for yourself and your principles.

Don’t lie down, don’t be silent. You don’t have to yell or scream, but be strong, be passionate, be a squeaky wheel. In any line of work, you are your own brand and the responsibility to protect that brand lies squarely with you.

There is a positive to nearly any situation, and this one is no different. Negative people, naysayers, “haters,” whatever name you give them, make for great fuel. When you feel like you can’t devote more energy to your business or you don’t need to improve, remember those people who doubt you. Push yourself to prove them wrong every day.