Is the Lack of Sex to Blame for Midlife Divorces?

If you’re like me, you have plenty of friends who have been married 20 or more years who all of a sudden announce they’re getting a divorce. If you think it’s happening more and more, you’re not imagining things.

According to the U.S. Census Bureau and the National Center for Health Statistics, among U.S. adults ages 50 and older, the divorce rate has roughly doubled since the 1990s. 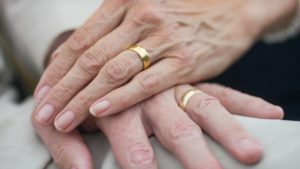 So, what’s the reason? Shannon Perry, writing in Prime Women, says there’s one subject that comes up time and time again among respondents: Sex. Specifically, different expectations of how much and how often, different levels of desire, physical pain when having sex and similar issues that crop up among older adults can make being intimate more difficult.

Perry talked with sex therapist Jessa Zimmerman on how older couples can stay together while confronting different views about sex. Zimmerman says it’s not unusual for couples to split over issues of sex. “Sex is a common area of conflict and concern,” she says, “and it’s frequently cited as the main reason they are seeking therapy and a big part of why they may divorce.”

How can couples salvage their relationships? Zimmerman says the most important thing is to not give up. “Marriage is like a garden; it needs tending,” she says. “Continue to spend quality time together. Make sex and intimacy a priority.”

Another suggestion she has is to make sure couples celebrate what they have. “Recognize that you have something special,” she says. “Enjoy every moment. Don’t take it for granted because life brings changes, one way or another. Be grateful for what you have and express that to each other.”

Relationships are based on communication, and communicating your sexual needs is one way to open up the conversation. And if you’re looking for a little spark to your love like, don’t forget that Pure Romance is here to help!

Want to read more from the article? Check it out here!