When we measure our own sexual expectations, we often compare our own love lives to what we see on the big screen or read in our “50 Shades” books. Lofty goals, right? And if our experiences don’t match the Hollywood versions, we might feel a little disappointed.

During our World Conference last month in Orlando, Debby Herbenick, Ph.D., associate professor at Indiana University, talked to us about what is ‘normal’ in a relationship—and how the definition of ‘normal’ is different for each of us.

The starting point, according to Dr. Herbenick, is that sexual relations are diverse. Most Americans surveyed describe their relationships as monogamous, but from there, the definition can vary widely. For example, that same survey shows that one in 10 Americans says their relationship is ‘monogamous but sexless.’

“So, some of the women who come to your parties may be trying to get their sex lives back with a partner,” said Dr. Herbenick, “or to develop a fulfilling personal sex life that may not be with a partner but through their own sexual exploration.”

Other findings show that 4% are supposedly monogamous and 1% describe themselves as being in an open relationship (more common in younger Americans). And 3% won’t even give it a label or description—they just don’t talk about it.

How often do Americans have sex? The study finds that from 1989 to now, the data shows a slight decline in the frequency of sex–about nine times fewer a year. Why is that? Well, we all know the symptoms: You need sleep; kids keep you busy; pregnancy can make it difficult; health issues come first.

“Sex is diverse, and people like pleasure,” said Dr. Herbenick. “People like exploring with their bodies. And for women at your parties who say, ‘People don’t do that, do they?’ It doesn’t mean you have to, it doesn’t mean everything is for you. There’s a whole big menu out there that you get to sample from.” 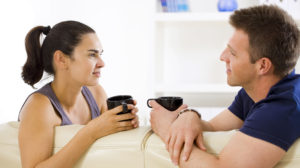 Dr. Herbenick suggests that Consultants can help start the dialogue and encourage clients to talk more freely about what they want. “Encourage realistic expectations about sex,” she said, “especially in regard to our bodies, age and Hollywood myths about sex. It’s important to normalize sexual pleasure and the wide range of ways people play together sexually. And, to give people permission to explore and experiment.”

Consultants are the front line in frank discussions about women’s sexual health. It’s an important responsibility. So take the time to find out what your clients really need—and want.