A Body Too Old for Making Love: My Thoughts 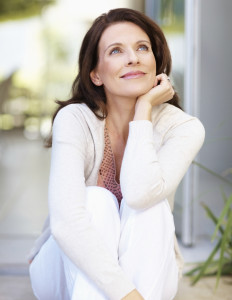 I want to thank all of you who took the time to share your thoughts and comments on my previous blog: “A Body Too Old for Making Love.” After reading through many of your comments, I noticed that many immediately attacked the man (Dave) in this article. I can see how it would be easy to bash someone who was so cruel. However, my first thought was this: anyone who can lash out and say such hurtful things to another person must be dealing with some serious unresolved issues within themselves.

There is so much that we carry within us every day – we let it sit below the surface and choose to not address it. In this instance, Dave told the author (Robin) he was attracted to her personality and enjoyed her company; he clearly felt that way or wouldn’t have invited her on the trip in the first place. This made me think that there were some deeper issues going on, and could be anything stemming from:

However, none of these are excuses for how he treated Robin. What spoke to me more than anything in this article, was not Dave, but how Robin was able to walk away from this and gather her own strength. She didn’t just curl up in the corner, take it personally, or let him bring her down. Do I think experiences like these can leave a long-term emotional scar? I do; yet, this is a woman who chose to not hold on to that pain, and also someone who has clearly worked on herself throughout her life. I don’t know many women who could have walked away from this a better person like she did. Even more impressive, I was so appreciative she was able to share her story publicly so that any other woman who might find herself in a similar situation would find solace and strength in her example. Below are additional thoughts from two very esteemed experts who have worked with Pure Romance closely over the years.

Research has shown that as people age, they don’t necessarily forget how to have a good time in the bedroom. Sex therapist David Schnarch writes about the difference between a person’s “genital prime” and his or her “sexual prime.” For most of us, the genital prime happens during adolescence and our 20s, when the body is in its best shape. However, the mind may not be as well-developed sexually. Schnarch says that a person’s sexual prime is actually well beyond what most of us think of as the hot-and-heavy sex years – more like middle age than high school.

The New England Journal of Medicine in 2007 published a comprehensive sex survey of 57- to 85-year-olds in the United States. The survey involved two-hour, face-to-face interviews with 3,005 men and women around the country. Researchers also took blood, saliva and other samples so as to learn more about hormone levels, sex-related infections, and other health issues. They even tested how well seniors could see, taste, hear, and smell – things that affect being able to have and enjoy sex. Among survey respondents, 73% of those aged 57 to 64; 53% of those aged 64 to 75; and 26% of people 75 to 85 reported having sex with a partner in the previous year. Of those who were active, most said they had sex two to three times a month or more. Not only that, more than half of those aged 57 to 75 said they still gave or received oral sex, as did about a third of 75- to 85-year-olds. And just last year, research published in the British Medical Journal showed that 80% of 50- to 90-year-olds were sexually active.

The guy in this article doesn’t know what he’s missing, and his loss will be another man’s gain.

For most people, there is an initial attraction to a partner that involves a combination of physical attractiveness and personality.  As two people interact and get to know each other better, there are aspects of the person’s character, actions, beliefs, and desires that the other will consider sexy and adds to that person’s attractiveness.  If a man (or woman) is so completely focused on their partner’s physical attributes for arousal, they may have had something interfering with their ability to get to a deeper level of sexual connection with another person, such as a high level of anxiety with intimacy preventing them from focusing on much past the physical.  At the extremes, you will find people that have a youth-fetish (can only get aroused with young partners) or strongly associate their sense of attractiveness or desirability based on the age or attractiveness of their sexual partners.