Speak Up for Your Health 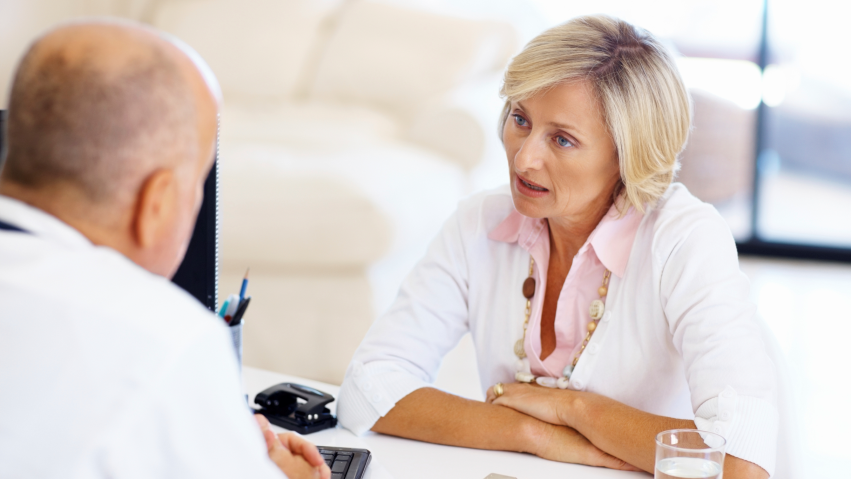 The other day I was watching Kelly and Michael and they were talking about the flu outbreak in the northeast. At the end of the conversation, Kelly Ripa asked the audience how many of them look up their symptoms on WebMD. Not surprisingly, the crowd responded with loud applause. Kelly told the audience that 41% of people who use WebMD diagnose themselves correctly.

That 41% success rate seemed like a lot until Michael Strahan pointed out that if your kid came home with a 41% on a test, you would find that grade completely unacceptable. This reminded me of a time I diagnosed myself incorrectly and what I learned from it.

I was in my twenties and I kept having the symptoms of a urinary tract infection. Despite my symptoms, every time I went to my family doctor for a urinalysis, the tests came back negative. I must have done this little dance with my doctor ten times: I would go to the doctor, he would give me a urinalysis, the test would come back negative and he would send me on my way. What didn’t change, unfortunately for me, were my symptoms.

I told my mom what was going on and she gave me the number of her urologist, and the two times I saw him, he ran a battery of tests and treated me much more thoroughly than my family doctor. The evening after my last visit with him he called me from the airport.

“Patty,” he said, “I can’t get on this plane because you are on my mind. I made you an appointment with a doctor I trust. I think he can help you.”

I was impressed to the point of speechlessness. I never thought any doctor, let alone a specialist, would make my health such a priority that he couldn’t board a plane before he talked to me about how I was feeling. I certainly never received that kind of attention from my family doctor—he wouldn’t call me if he had a tee time.

I went to the appointment the following day, feeling like I was finally in the right hands. I felt confident that finally, someone would get to the bottom of my illness. You can imagine, then, how badly my confidence was shaken when I walked into a psychologist’s office.

I felt livid and betrayed. I made my own diagnosis, just like people do on WebMD, and I knew therapy wasn’t going to make my symptoms go away. I took this defensiveness into the office with me, and the psychologist could feel that my guard was up. He disarmed me by explaining he had spoken with my urologist about my condition at length and they both agreed that this therapy session would be the best thing for me. Besides that, I was being billed regardless of whether I told him anything.

So I opened up. That day, I confessed a lot of things I was too afraid to face head on. My marriage was coming to an end, and if that weren’t scary enough, I had no idea how I would raise my two sons on my own. I knew these things in the back of my mind, but this was the first time I ever said them aloud.

I broke down. I felt raw and vulnerable, but I also felt better. I was afraid to face the collapse of my marriage, and this was the first time I acknowledged that fear. The psychologist, who I just met that day, assured me that I had the strength and support to make it through this personal crisis. He also explained that sometimes when people don’t confront their problems, they manifest themselves in the form of physical illness.

I am sharing this story with you for a few reasons. First and foremost, stop self-diagnosing. Sure, 41% of people who self-diagnose on WebMD are right, but that means 59% of them are wrong. Would you continue going to your doctor if he or she diagnosed you incorrectly six out of ten times?

I also want to urge you to be your own health advocate. Never stop seeking out the help you need until you get the right results. I never went back to the psychologist after that day, but I never went back to my family doctor either because the urologist gave me an example of how a doctor should treat his patients. Find a doctor who cares enough about your health to call you from the airport.

As women, we pull double duty. We have to be advocates for men at times, too, because they are too stubborn to do it themselves. My assistant, Jamie, almost lost her grandfather to congestive heart failure because instead of calling his doctor when he was feeling bad, he was going to wait for a month until his next scheduled appointment. She called the doctor for him, took him to the hospital, and they saved his life.

Now, when I am not feeling well, I take a step back and the look at the whole picture. I ask myself if I am under more stress than usual or whether my head might be causing problems for my body. Be 100% in tune with your body so you can do the same.