It’s Time to Speak Up!

When it comes to women’s health, there’s never a good time to be quiet. But sometimes, we’re a little hesitant to talk with our doctors about our concerns. If you’ve faced that, you’re not alone.

In an article this spring in the New York Times, author Camille Noe Pagán found that it’s an issue not uncommon in examination rooms. “It’s a huge issue in medicine,” says Dr. Tia Powell, a bioethicist and a professor of clinical epidemiology and population health at Albert Einstein College of Medicine in New York. She explains in the article that she speaks of experience.

“A while back, I lost 10 pounds over a couple months, so I went to my doctor and told him I thought it was a sign I was having a recurrence of an old illness,” she said. He gave me a few reasons he disagreed and added, “Plus you’ve been on a diet.”

Since Dr. Powell had never mentioned she’d been on a diet, she sought a second opinion that confirmed her diagnosis of the recurrence, for which she was treated.

Pagán cites some eye-opening information in her article, including research that shows both doctors and nurses prescribe less pain medication to women after surgery than men, even though women report more frequent and more severe pain levels. A survey of more than 2,400 women with chronic pain also showed that more than 80% felt they had experienced gender discrimination from health care providers.

So what do you do if you feel your doctor isn’t hearing you? Dr. Powell suggests asking for definitive reasons for the physicians’ actions.  “A good physician can have biases,” says Dr. Powell. “But a good physician should also be able to take a step back and say, ‘I hear you. Let’s talk this through.’” 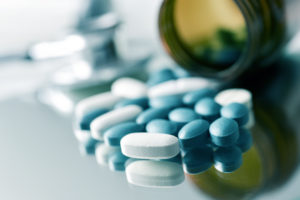 We as women like to power through pain, deferring to the health needs of our families before our own. But every once in a while, it’s vital to take charge of our own health when we’re talking with our doctors. Better to speak up now, than to wait too late.

Want to read more from the NYT article? Here’s the link: https://www.nytimes.com/2018/05/03/well/live/when-doctors-downplay-womens-health-concerns.html