In-vitro Births Reach the Million Mark in the U.S.

The country reached a pretty significant milestone last week—doctors have figured out that at least one million babies have been born in America using in-vitro fertilization techniques.

Over the years we’ve become accustomed to hearing on the news, or even hearing from our neighbors, about in-vitro fertilization pregnancies. But you have to remember when all this started, it was quite controversial.

The very first IVF (you may have also heard the term ‘test tube’) baby was Louise Brown, who was born in Britain in 1978. The first IVF baby born in the U.S. was in 1981. 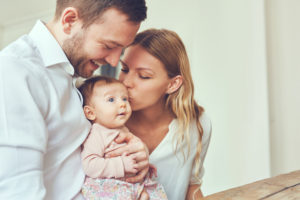 The Society for Assisted Reproductive Technology says nearly 68,000 babes were born using one of now-several techniques of IVF in 2015, the last year where figures are available. And there are more locations where IVF techniques are available—more than 440 clinics, according to the Centers for Disease Control and Prevention.

In addition, women are making the choice to opt for frozen eggs, either from themselves if they choose to delay a pregnancy, or from a donor. More than 3,200 attempts use a frozen egg, according to the Society.

When it comes to making decisions about family, it’s good to know that women can still make those choices about when and how, with the help of their doctors.

Want to learn more about the millionth IVF birth? WHere’s the NBC News story that I saw that triggered this post:http://www.nbcnews.com/health/health-news/million-babies-have-been-born-u-s-fertility-help-n752506.