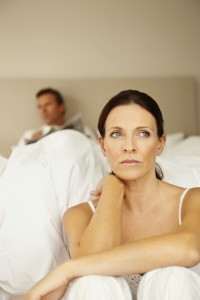 Are you your own worst enemy when it comes to good communication? During a conversation, how many of you plan what you want to say next instead of really listening to what the other person has to say?

A friend told me a story in which communication broke down. She and her husband were playing cards in a hotel lobby when they decided to split a soup and salad. Sounds harmless enough, right? Once it arrived, she played her hand and nibbled on the salad. Suddenly, she noticed that the cup of soup was empty. When she asked him about it, he said there wasn’t very much so he just ate it. She then asked him if he’d like any of the salad, and he told her he wasn’t hungry anymore. But, when she went to move the dishes, he rolled his eyes and told their daughter, “My wife didn’t even save me any salad.”

What’s really going on here? This is the fun part where we get to break it down. At first glance it seems like typical married bickering. But look closer. Much bickering comes from missing information.

Weeks earlier, they had taken a communication class and she decided to use what she learned. When they got back to the room, she reached out to him to better understand. That’s when he told her that the reason he ate the soup was to leave her more of the salad. In his mind, he was making a sacrifice. Meanwhile, when she ate all of the salad, he felt she was being inconsiderate. This was not about soup or salad; it was about two people responding to two completely different conversations going on in their heads.

One of the best ways to avoid this block to intimacy is to just talk about how you’re feeling openly. In this story, they were going through the motions on autopilot before they even understood how each person was feeling.

I love this story because we often invent things in our minds and think what we want instead of investing in the relationship to understand and make it better. As silly as this story may seem, without communication, it could of snowballed into something bigger. In the end, they laughed about it and it took their relationship to a new level.

Are you communicating with others in the best way possible? Take the time to invest in your communication skills and let others know your feelings. I’ve practiced what I’ve preached and enrolled in a communication course myself. I know it takes time, but in the end, I promise you, it’s worth it!